Skip to primary content
I must admit that when I read about forming improved cases hydraulically using water it was intriguing to me so I decided to see if I could make my own. I have a new .223 AI reamer that I wanted to seasoned before I cut a chamber so this was a good opportunity to get it done. I had an old stainless 22 barrel to use as a donor, it was chucked and centers run in both ends then turned between centers. 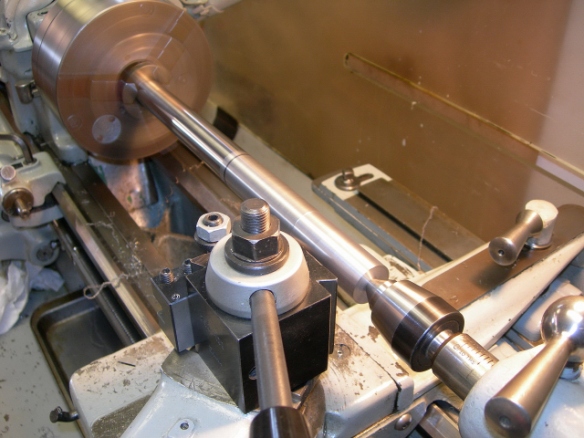 Then I cut and turned the major thread diameter and set it up for threading, the threading was done between centers for support. 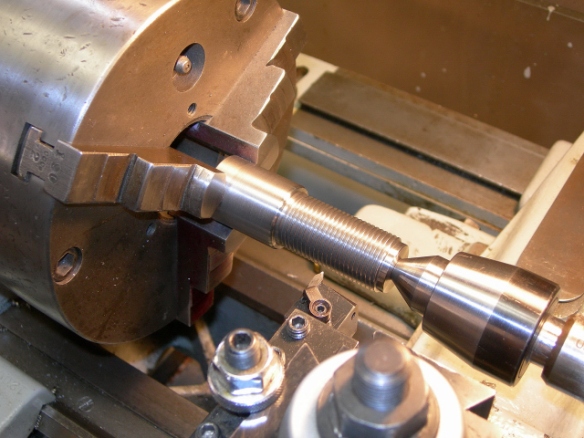 Next I drilled a pilot hole that would leave me ¼ inch to finish to depth them I used a end mill to bore the hole straight.

The final operation is to ream the chamber in the die body, I ended up reaming the chamber .050 deeper than needed for at the time I wasn’t sure what type of shell holder I am going to use. 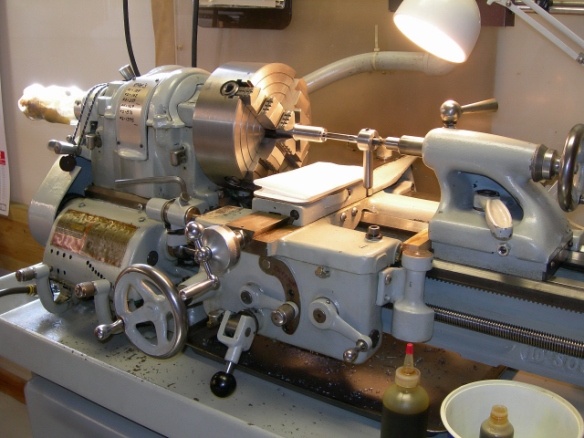 Next I used a 15/64 reamer on the pilot hole; this needed to be straight and smooth for the guide portion of the piston. At this point I became so absorbed in what I was doing I forgot to take any pictures. Next, using what I have available, I found a 5/16 piece of cold roll to make the piston, turning the main bearing surface to mate to the die pilot hole @ .234. The portion that fits into the shell was turned to .216 which is the I.D. size of the neck of a new Winchester case. After that was finished a cap was turned for the striking surface of the piston and secured with a set screw so it can be replaced if necessary. Below is the picture of the finished die and piston with formed cases. The cases on the outsides are standard .223 Remington and the three in the center are formed with the die and water.

Ok, here is my take on Hydraulic Case Forming; if it were a case that was difficult to form I suppose that there is a benefit in doing it this way but with an easy to form .223 AI I found that it is not worth the effort. I did this for 2 reasons the first was stated above and the second was to see if could make a hydraulic die which I did accomplish. I searched the web for info on making hydraulic dies but there isn’t anything that I could find so I winged it. The piston should be ground for a close fit instead of turning it so to seal the top better and maybe use a harder material for durability. The grind methods are not available to me so I do what most do and that is to improvise and use what you have, all in all it was interesting and fun project.